Home > Lifestyle > What Is Bohemianism
Lifestyle 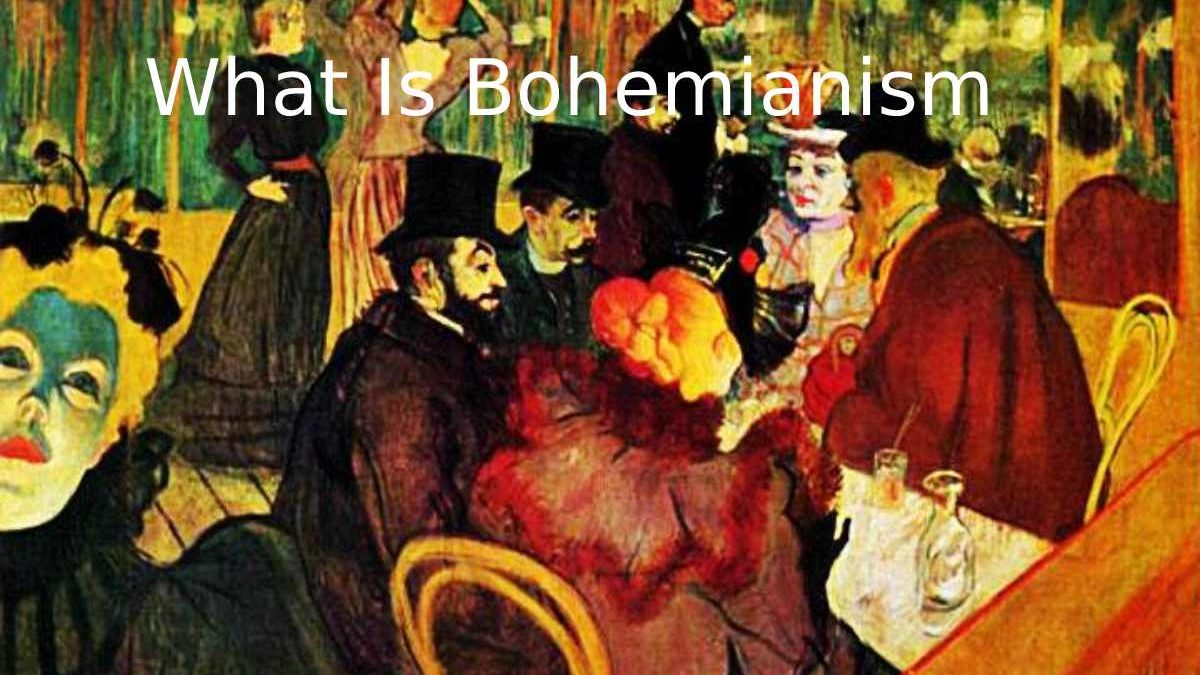 Bohemianism is often use interchangeably to refer to everyone from Rolling Stones rocker Keith Richards to British model Kate Moss.

He often refers to someone eccentric, rebellious, and indifferent to manners, but bohemianism was and perhaps still is a current that goes much further.

So what is being bohemian and how do you identify one? could you be one of them?

British writer Virginia Nicholson, And also the author of ‘Among the Bohemians’, told the BBC that, in a way, ‘today we are all gypsies’.

“Bohemian” was originally a derogatory term that applied to gypsies, as the French believed they came from the Bohemian region in central Europe.

In its definition, the Oxford Dictionary says: “Especially an artist, writer or actor who leads an irregular or solitary life, half-vagabond and who disregards convention.

But the term also acquired a romantic connotation.

Since his birth in Paris, around 1850, and thanks to the enormous success of Henry Merger’s play “Scenes from Bohemian Life”, these values ​​have spread rapidly. is how gypsy clothing became known in the fashion world, giving birth to a style that continues today through bohemian lovers such as British actress Sienna Miller or model Kate Moss.

The foundations of this movement can trace back to the Romantic movement of the 19th century, which gave Bohemians an almost religious air and meaning.

In Giacomo Puccini’s opera “La bohemia”, the poet Rodolfo and his friends are indifferent to the cold of their attic, although the hand of Mimi, one of the characters, freezes, symbolizing the poverty in which they lived.

For Rodolfo and his friends, the bohemian responds to a higher and more sensual spirit.

From France to the World

Although rooted in French tradition, bohemian ideals quickly and easily reached other countries and cultures. In the United Kingdom, the “Pre-Raphaelite Brotherhood”, an association of English painters, poets and critics founded in 1848.And also the aesthetic movement of the 19th century introduced into the gallant spirit a love of danger and a certain social status. bohemian stream.

Subsequently, the Bloomsbury group, which brought together writers and philosophers and included Virginia Nicholson’s mother, Vanessa Bell, brought the bohemian tradition to the center of cultural life.

In America, poets and writers such as Jack Kerouac, Williams S Burroughs and Paul Bowles have adopted their bohemian expression. And playwright Arthur Miller’s prose evokes the essence of

What was once a temple of the bohemian spirit in the United States. And also the Chelsea Hotel in Manhattan, which throughout its history has hosted famous writers and where, according to Miller, “There are no vacuums, no rules, no shame.”

“Everyone has a vision of what a bohemian is,” says Virginia Nicholson.

The Bohemianism is Defined

And is defined by others as someone who does not belong, who does not conform to the rules of the common. “A lot of people see him as subversive, elitist, and maybe a little immature.”

Gypsies were generally urban, had a liberal worldview, and had few political passions. But above all, they were creative.

Although critical of established religions, they tended to defend and explore the religious spirit. Above all, they questioned the values ​​of home and family and the false morality that was associated with them. In essence, the bohemian represented a personal, cultural and social reaction to bourgeois life.

The Current Bohemianism But who is Bohemian Today

Keith Richards of the Rolling Stones. And also who admits walking Oxford Street in London with “a piece of hashish the size of a skateboard”. Is consider the quintessential bohemian.

But as he explained to Neil McCormick of the British newspaper The Daily Telegraph, “the image is like a shackle”. “There’s no one like Keith Richards, but it’s like you can’t get away from the picture. It’s okay as long as it doesn’t always have to be that guy,” the rocker said. .

Larne Stover, author of “Bohemian Manifesto: a guide to living on the edge”, identified five archetypes of

What it is to be Bohemianism

The New style, the gypsy life, And also the Zen attitude (about the Buddhist current) And also the Generation Beat (a group of American writers from the 1950s) and the Dandy an elegant . And also refined man who despises the tastes of the familiar people.

Also Read: What Is Mean By Journalists, What They Work

Review What Is Bohemianism. Cancel reply

What is Entertainment journalism